This was my second visit to Scripts for Supper, the last of which was their evening where they adapted Dr. Jekel and Mr Hyde for their dinner plus theatre supper club. On that night the food was amazing, prepared by former MasterChef finalist Juanita Hennessey and the theatre was well acted. 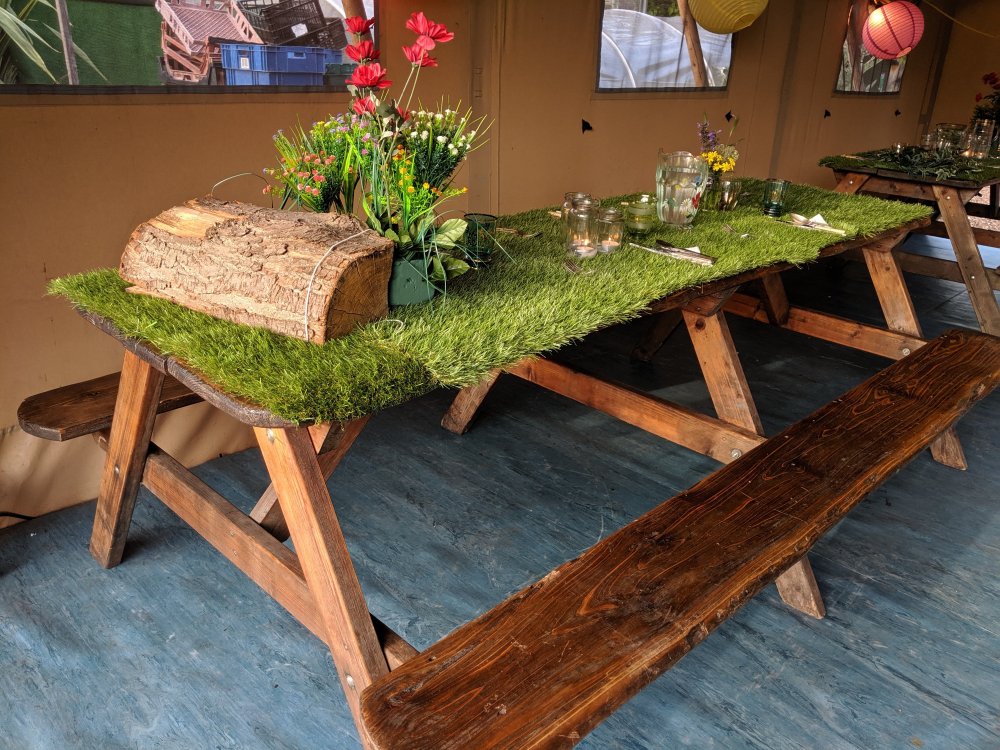 For tonight’s evening of fun we are transported to a beautiful garden farm in Shoreditch for a presentation of Wind in the Willows featuring the whole cast of animal character (performed by humans obviously). On arrival we were greeted and shown to the bar where we got our lemonade based welcome cocktail. This was perfectly refreshing for the outdoor garden on a sunny evening. 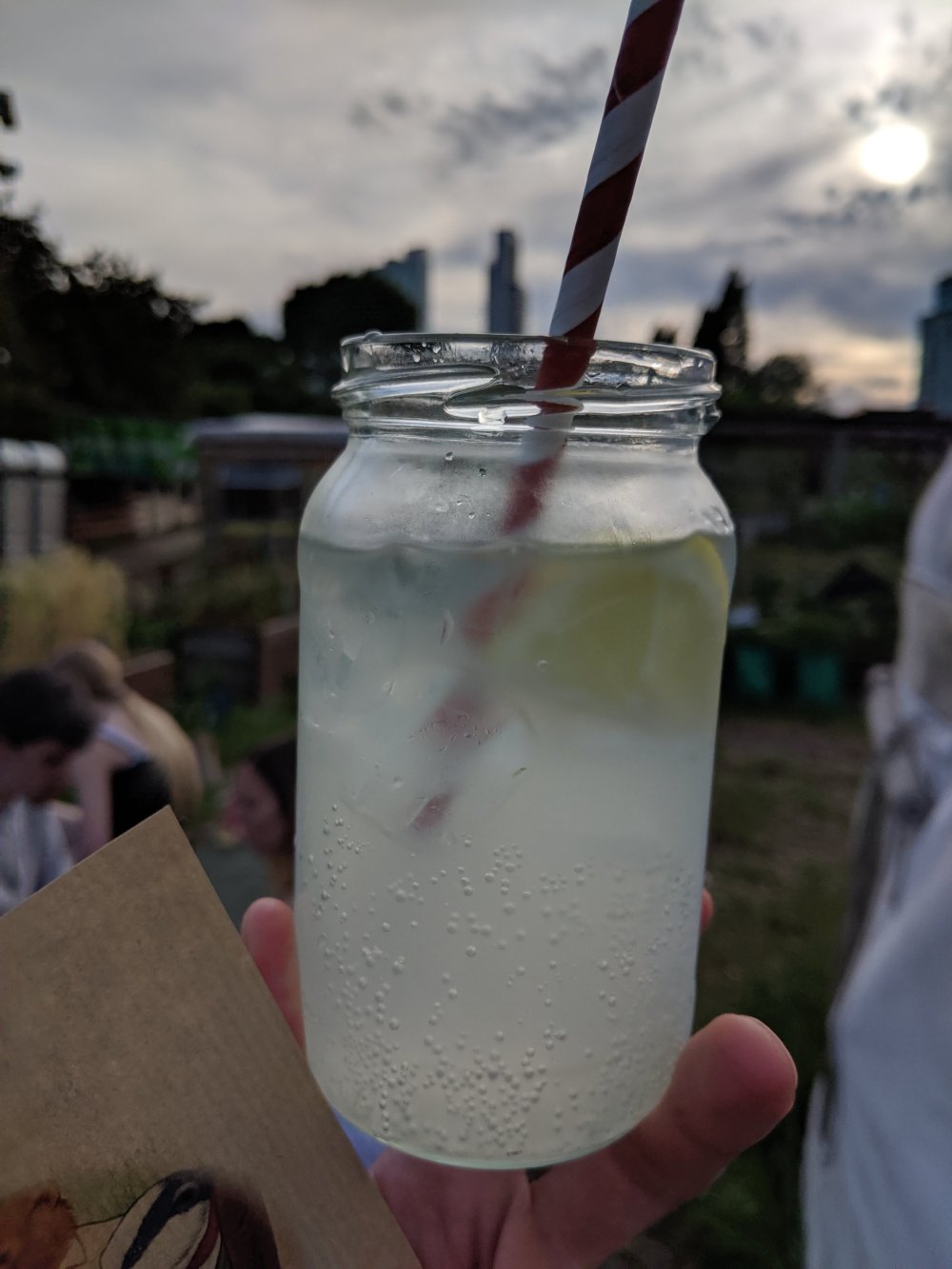 Tables for the night were really nicely decorated picnic benches sitting groups of 5 to 6 each. While we waited for the show to start we were given a delicious bubble and squeak pasty from one of our animal friends and we explored the beautiful farm patch which had every type of veg you could imagine. The weather was perfect, so the setting could not have been better. 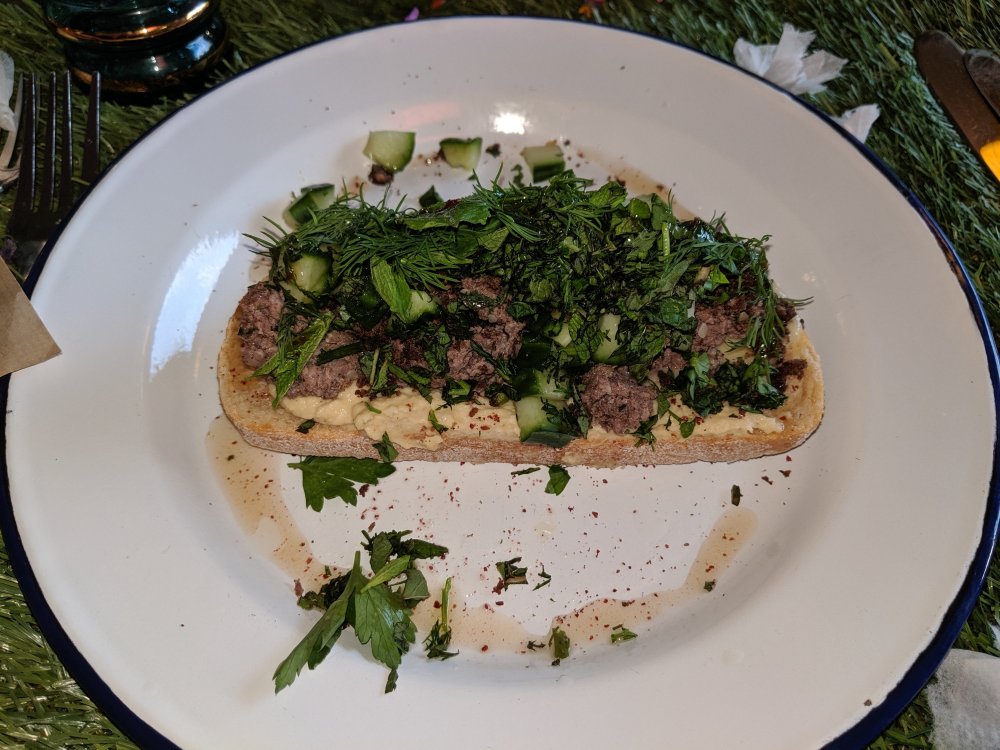 Once things kicked off we went to the tables and our first course was a pea soup. This soup was served, self pour and tasted great. It was a great start of what was to come as the lamb served on toast which came out next was creative and delicious. The hummus went well with it and I could eat something like this everyday. Next up was the ham hock, served with caraway potatoes and radish salad. I’ve never had a savory crumble but I really liked it. I’m not a big fan of ham but mixed with the hock & leek crumble, it was great. Pudding was a guava and fizz posset which came with beautiful merengue kisses and butter biscuit. The posset was nice and tart which I liked but the butter biscuit was my favourite. 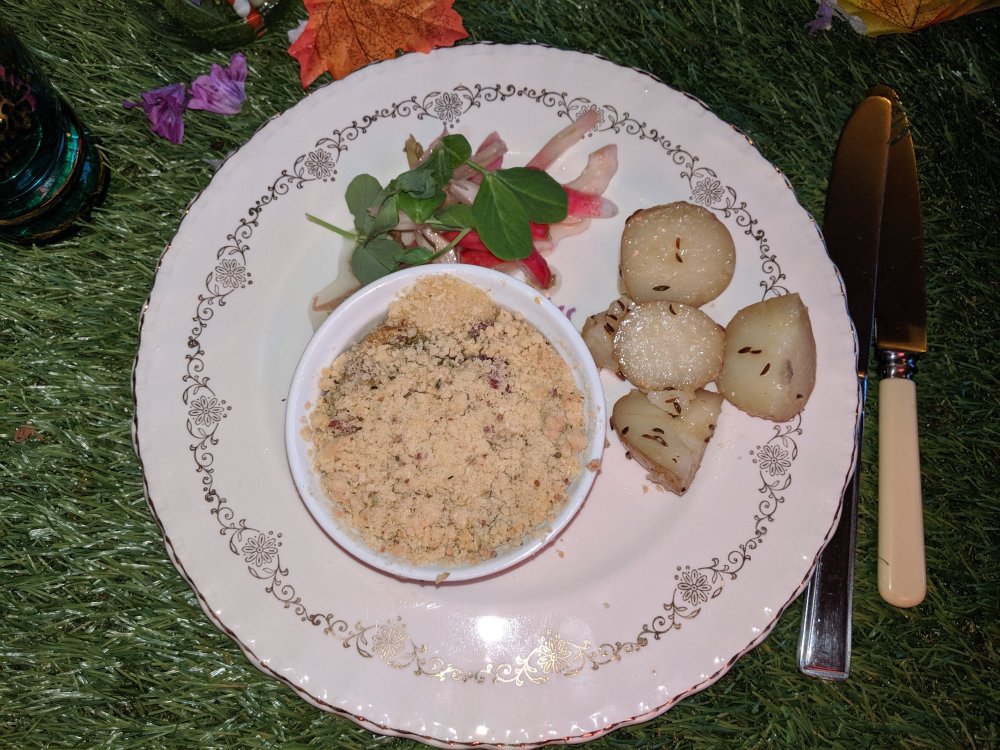 That was only half of the evening, as in between courses we were treated to a live act modern take of Wind in the Willows. This was a new story to me, but I got myself caught up before my visit and learned the characters and story. Everyone was here on the night, with some characters now female and a few twists in the story for a more modern and cheeky take. It worked really well and I was thoroughly entertained and found myself laughing throughout. The actors played their parts really well, and came around in character between performances to keep the fun going. 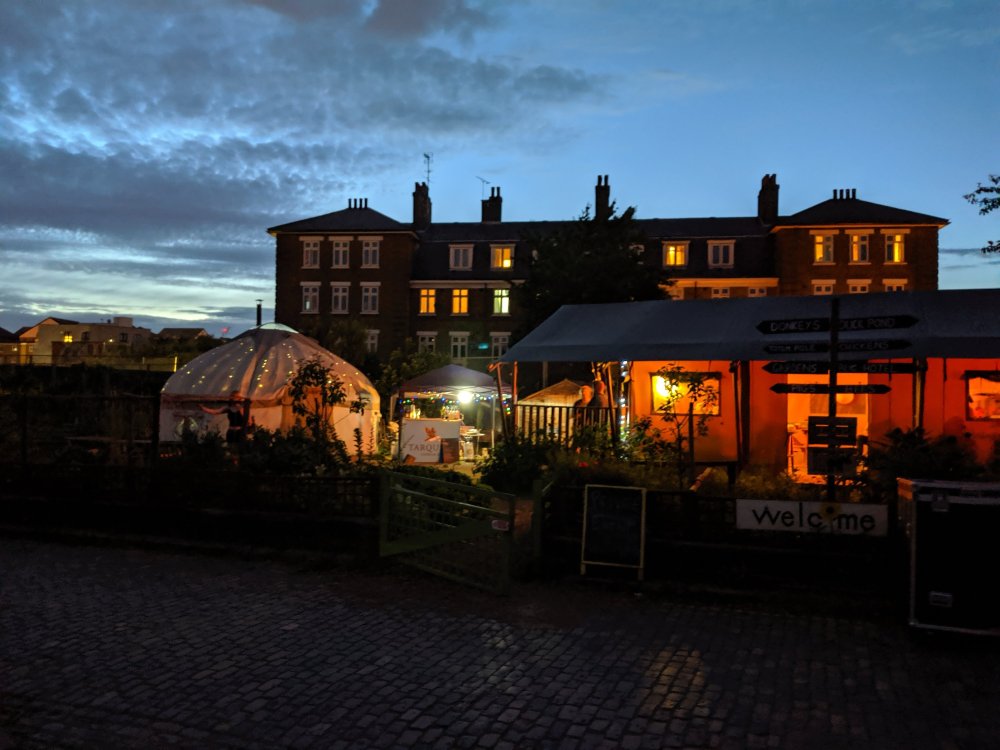 Overall I had an absolutely fantastic night. The setting could not have been better and everything was so will thought out. There are only two more performances to go, so grab your tickets here quick. Thanks again to Scripts for Supper for my invite and to Lovepopupslondon.com for organising